The Autowatch 650 Caravan Alarm Security System is really simple to use and designed to give you years of trouble free operation. Made with the highest quality components and using state of the art technology you can be assured that your caravan is well protected.

Designed for Elddis Caravans but ideal for any make of caravan or boat.

Your caravan is a significant investment and it makes sense to protect it. Unfortunately caravans are popular targets for thieves, as not only are they valuable in their own right, but they are often filled with expensive contents. So wherever you keep your caravan or boat, you need to ensure that it is safe and secure.

Metal Secure Housing with space for Back Up Battery (Not included)

NOTE: BACK UP BATTERY NOT INCLUDED

Disarming is either via a press the Disarming button or press the touchkey in the receptacle once and disarming is acknowledged by a double chirp of the siren.

SILENT ARM/DISARM VIA THE REMOTE

Whenever you arm/disarm the Autowatch system, you get a single or double chirp from the siren. Late at night this chirp may be deselected via the remote by simply pressing the small button below followed by the Arm button or the lower button followed by the Disarm button. The chirp can be permanently deselected in program mode if required.

The Autowatch 650 Alarm system comes with two touch keys and these can be used to override the system as an emergency backup.

The system has a panic feature via the small  button on the remote as standard, but the option of hard wired panic button/s that can be installed. Both panic options are independent of the alarms status and will work when the alarm is armed or disarmed.

The Autowatch 650 comes standard with an intelligent wireless P.I.R. sensor with a transmission range of up to 30m. It relies on a double pulse activation to prevent false alarm triggers and has up to two years battery life. The alarm system can have a combination of up to twelve wireless sensors programmed into the “Internal” or “External” zones collectively. This can give better coverage if you have separated rooms in your caravan.

If you double press the Arm button when arming, it will isolate the “Home” zone and only arm the “Away” zone, allowing you to move around inside without triggering the alarm.

The warning status LED is built into the receptacle and serves as a visual deterrent and shows you what state the alarm is in.

Main battery low indication – when disarmed the LED Flashes once every five seconds.

The Autowatch 650 has a very low power consumption of <5mA when armed to ensure maximum battery life.

Along with the status LED indication of low battery, the awning/outside light also offers an indication when the main battery is low. Instead of switching on for 30 seconds when you arm/disarm the system, it only switches on for 5 seconds.

If you want to test the alarm, you push and hold the arm button for 3 seconds until you hear the second conformation chirp. This then arms both zones but will only give a short beep instead of the full 30 second cycle when the sensor is triggered.

OUTPUTS FOR PAGING OR TRACKING

The Autowatch alarm system has a dedicated pager output that triggers when the alarm is sounding that can be linked to a GSM (Mobile Phone) pager or a GPS tracking system.

For a caravan you can have up to 4 leg sensors fitted to prevent the stabiliser legs from being lifted. These are available in both hard wired or wireless formats.

BATTERY BACK UP FOR THE ALARM

The alarm system can use a 7 A/hr back up battery to keep the system running if the main battery goes fl­at. NB This is for back up only and should not be the main source of supply.

For additional security, wireless magnetic reed switches can be added to external lockers, windows and the habitation door. The 650 Caravan alarm can use up to a total of 12 wireless sensors. These can be of any combination.

A battery backup siren can be added to the 650 alarm system for extra protection.

Want to know more about this product? Then fill in the form below and we'll get back to you ASAP

Enquire about this product 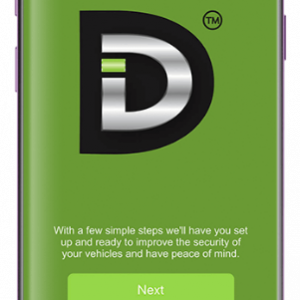 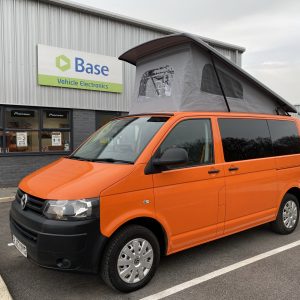 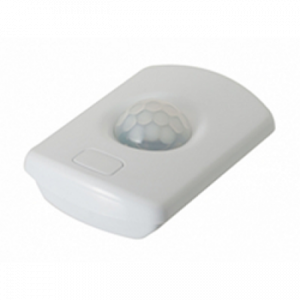 We really can’t get enough of these Alpine Halo

This awesome Alpine Halo 11 looks right at home in

Another blossoming relationship with Pioneer and P

This 12 year old Honda Stepwagon has just been fas

No we haven’t installed the twinkly lights (not

Another expert advised and fitted upgrade. These people give sound advise on all types of in-car tech. Then back it up with excellent fitting. Thanks again.

Please accept my sincere thanks for your professionalism and courtesy extended to my company recently. It is nice to know that good friendly service does still exist and that you are interested in the after sales as much as the original sale. Would you please pass on my gratitude to the engineers who carried out the installations. I look forward to doing more business in the future and would not hesitate to recommend your company.

Stuart who installed the handsfree kit, turned up on time to the minute which was important as it was between meetings, and fitted the system to the car; leaving it how he found it and cleaned. He delivered exceptional customer service and was quite simply excellent.

You supplied and fitted an Autowatch Cat 1 alarm and immobiliser to my Subaru on the 2nd August. Unfortunately due to no fault of your own the alarm failed on the 16th August leaving the vehicle stranded on my drive. After a phone call to yourself you arranged an engineer to come to my house at the soonest convenient time. The engineer arrived on time and was pleasant and polite and had no quibble exchanging the alarm for a new unit. Once he had done the job he rang me to explain what he had done and left posting the keys through the door. I am in business myself and know only too well that everything does not always run smoothly but I feel the true signs of an excellent company is the way they respond when something goes wrong. I like the rest of us am normally too busy to find time to compliment people but I felt compelled to sit down and put in writing my appreciation of the way you handled this with absolutely no quibble. Well done and I certainly will be recommending you to friends and colleagues in the future. Wishing you every success.